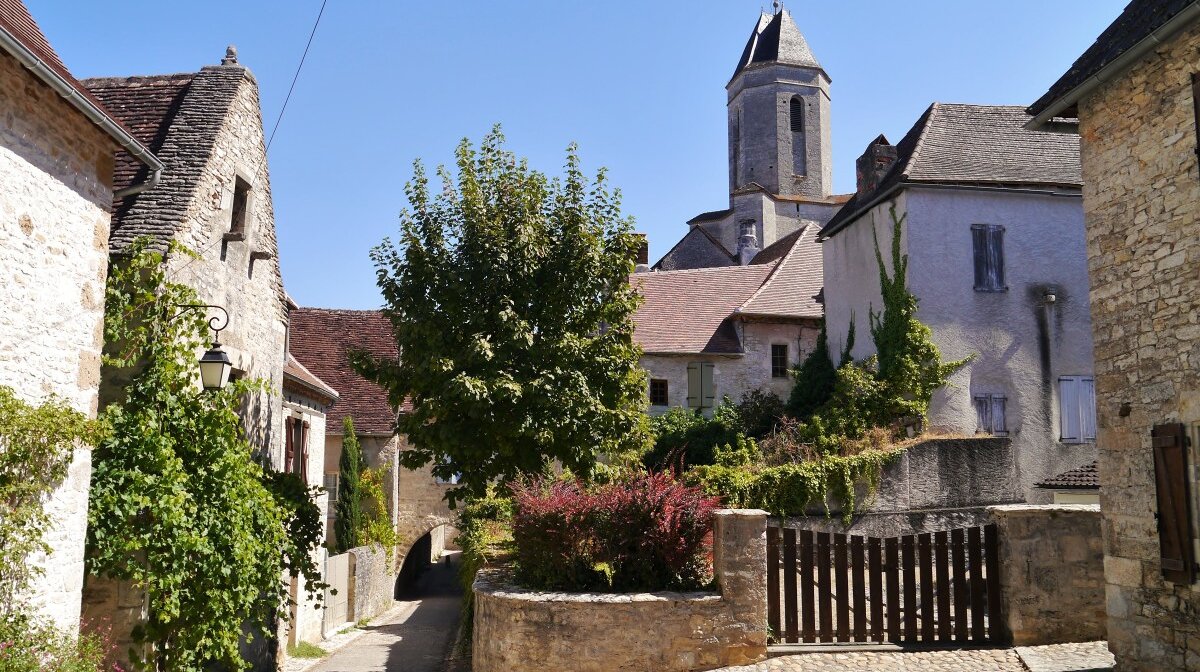 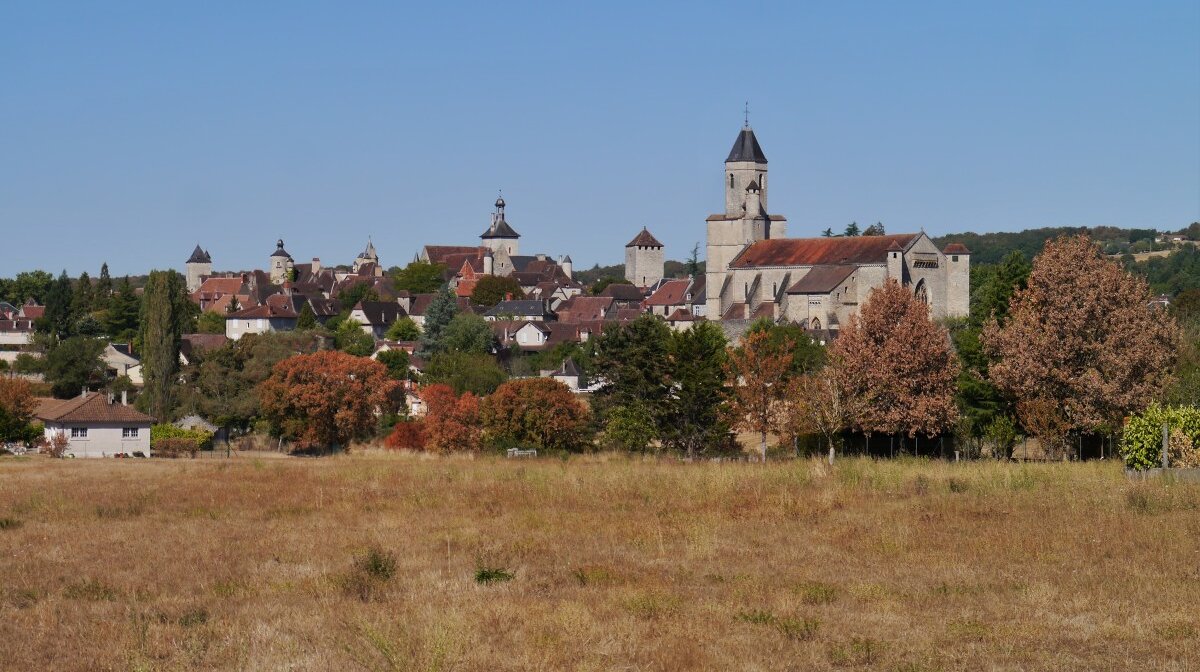 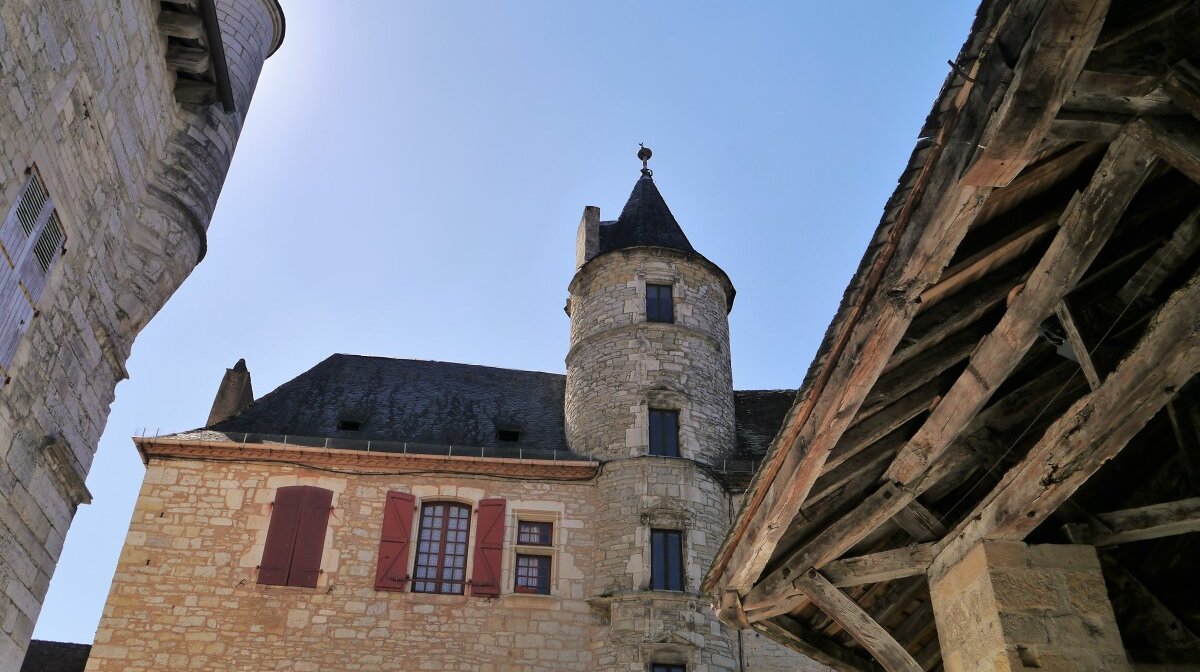 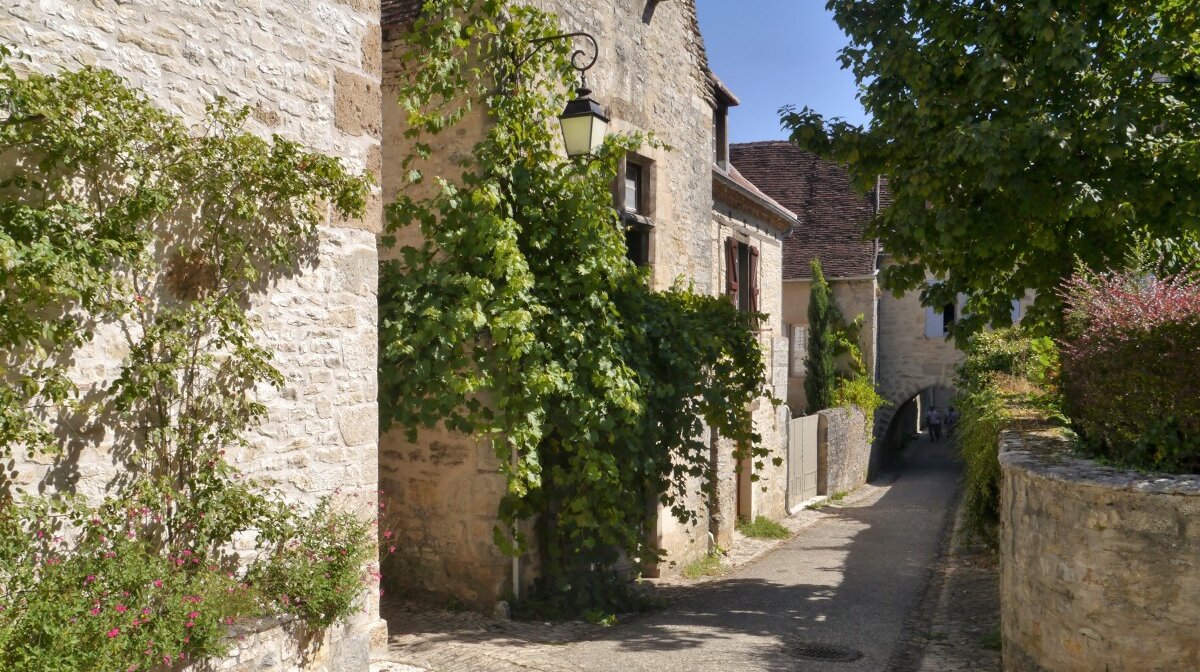 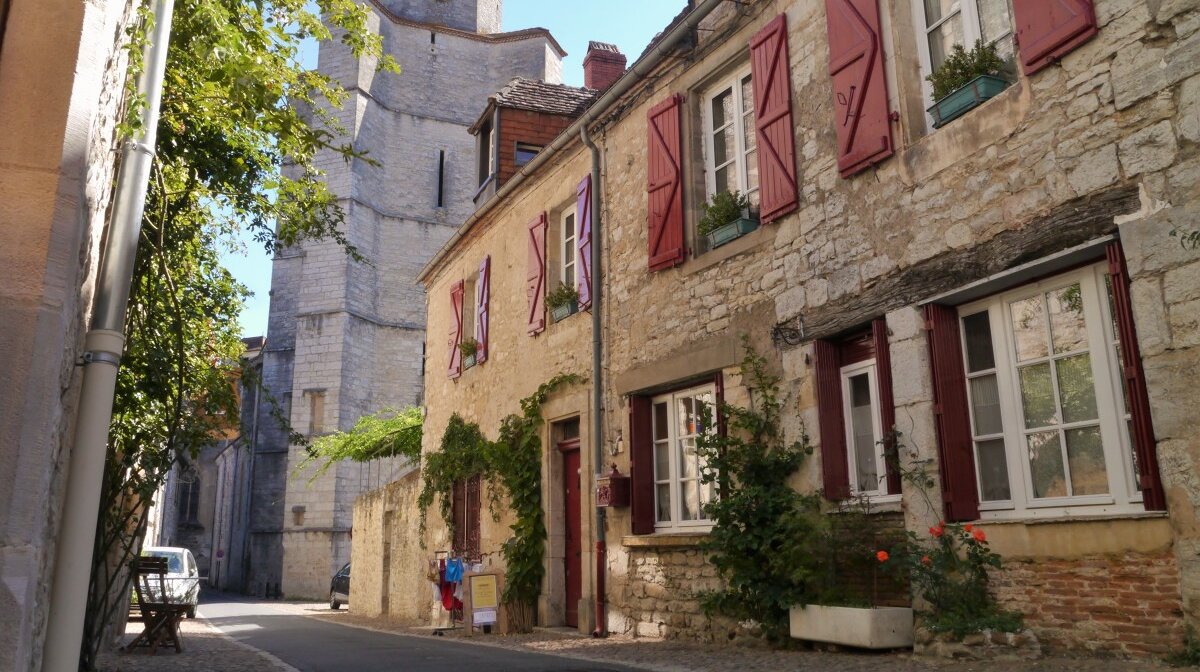 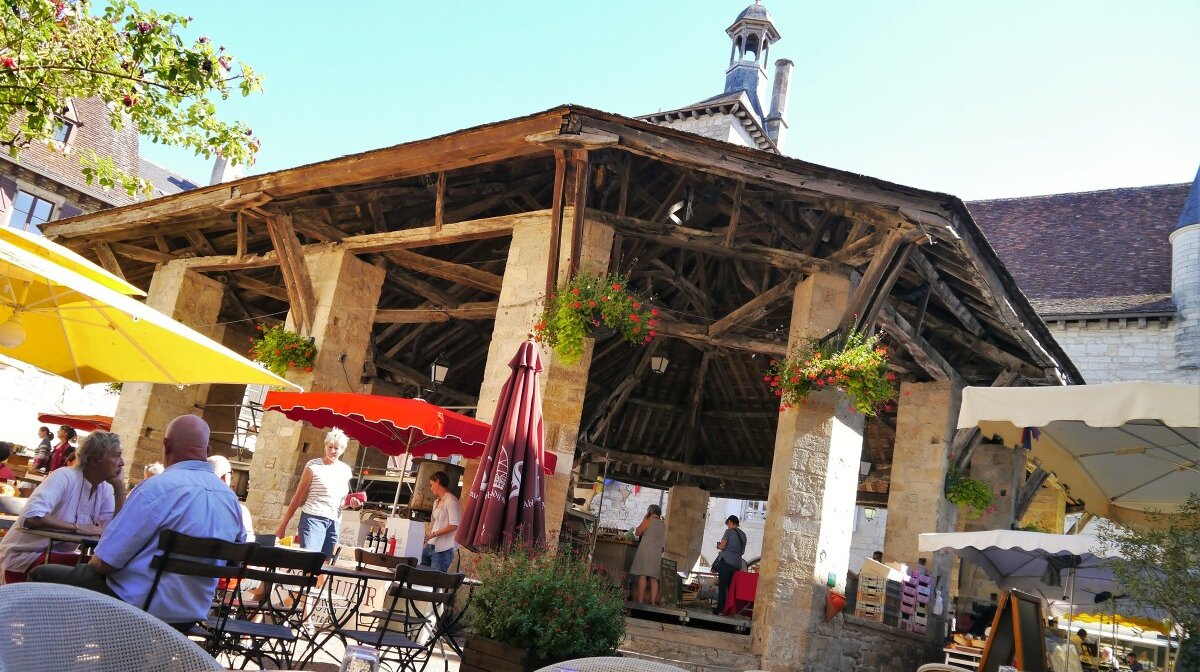 The pretty town of Martel

The Market Halle in Martel

The town of Martel is not, in fact, famous for the brandy (that's Martell with two ll's) but is well known as the capital of truffles and a great producer of walnuts, two of the regions specialities.

The town itself is very pretty, with a central cobbled square which is home to the weekly market. It has seven towers which dominate one's view of the town and there is plenty of medieval architecture to discover hidden along Martel's pedestrianised streets.

Centering around the old 'halle' or market hall which is covered in flowers and clmbing plants, the old stone buildings hold a charm that we have come to expect of the Dordogne towns. The market, hosted on Wednesday and Saturday mornings are full of fresh and seasonal fruit and vegetables, alongside meats such as sausage, duck in every form, foie gras, walnut oil and local cheeses - rocamadour and cantal being amongst the better known.

Medieval Martel used to be owned by the viscounts of Turenne who held a royal court of appeal in the town. Martel was where Henry, son of King Henry II of England and heir to the throne, died in the 12th century. He had been hiding in Martel having violently protested at his father's imprisonment of his mother, Eleanor of Aquitaine. As a result of Henry's death, their second son, Richard the Lionheart, became the next heir to the English throne.

The 13th century saw a period of growth and economic wealth in the town with many merchants settling here. As the town grew, the suburbs began to fill with the poorer people, keeping the rich inside the city walls. During the Hundred Years War a second city wall was erected in order to protect the barris or suburbs.

Another period of prosperity followed in the 15th-century. Many luxurious homes were built within the original tow walls with ornate doorwyas and mullioned windows. These can still be seen today as you wander the narrow streets.

In the centre fo the town you will find the Place de la Halle, with an 18th-century market hall. Martel hosts two weekly market, one on a Wednesday morning and one on a Saturday morning. The town is also known for it's annual truffle market in January,

Things to Do in Martel

Martel's truffle heritage plays a huge part in the towns everyday life. If you can't manage a trip during the truffle season (December and January) then be sure not to miss a trip on Le Chemin de Fer Touristique du Haut-Quercy. This steam (or diesel depending on the day) train will take you along part of the route that truffles used to travel on their way from Martel to Paris. The 13km round trip offers up some stunning scenery and fabulous views.

The majority of restaurants and cafes in Martel are situated around the main square, Place de la Halle. There are however several cosy restaurants nestled down the narrow streets so it is worth exploring the town before you decide where to settle for your meal.

There are a couple of small hotels within the town itself, including the popular Relais Sainte-Anne Hotel. But for a real treat you might want to try La Devinie boutique hotel (or luxury B&B) right in the heart of the town. This family home will has four individually decorated rooms that will make you want to stay here forever.

How to get to Martel

Martel is located about 15 km east of Souillac and 15 km north of the River Dordogne. The countryside is rural with rolling hills and pastureland. Much of the land is used for the cultivation of walnuts. North of the town lies the elevated limestone plateau of Causse de Martel, which is covered with oak and beech woodland.