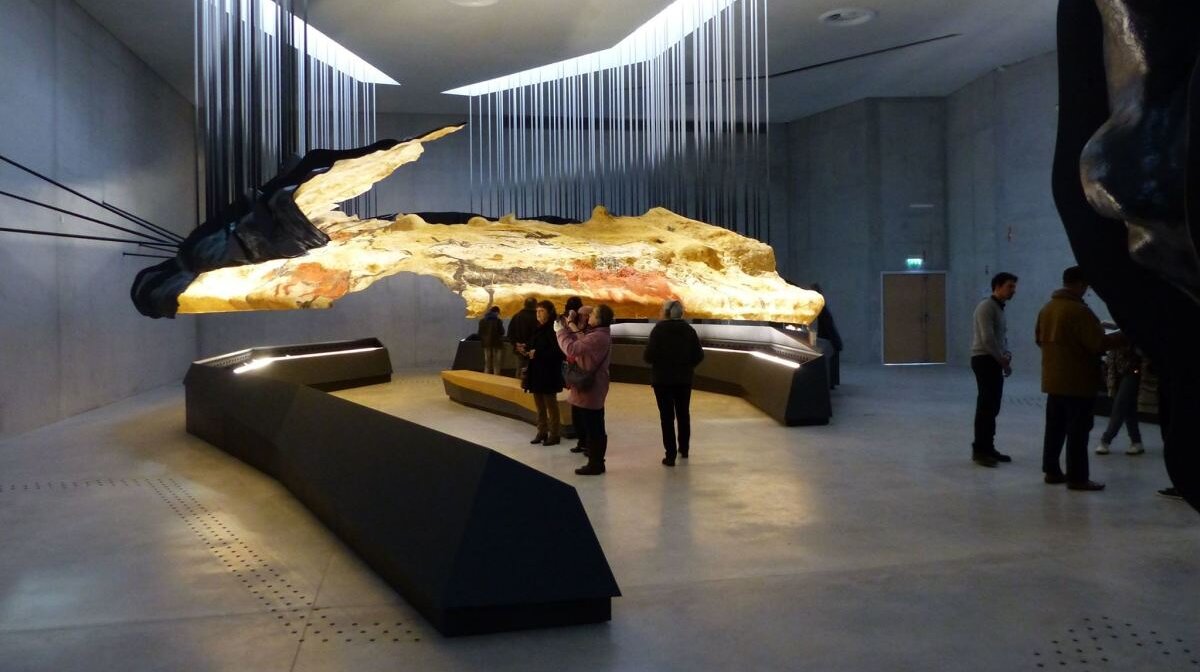 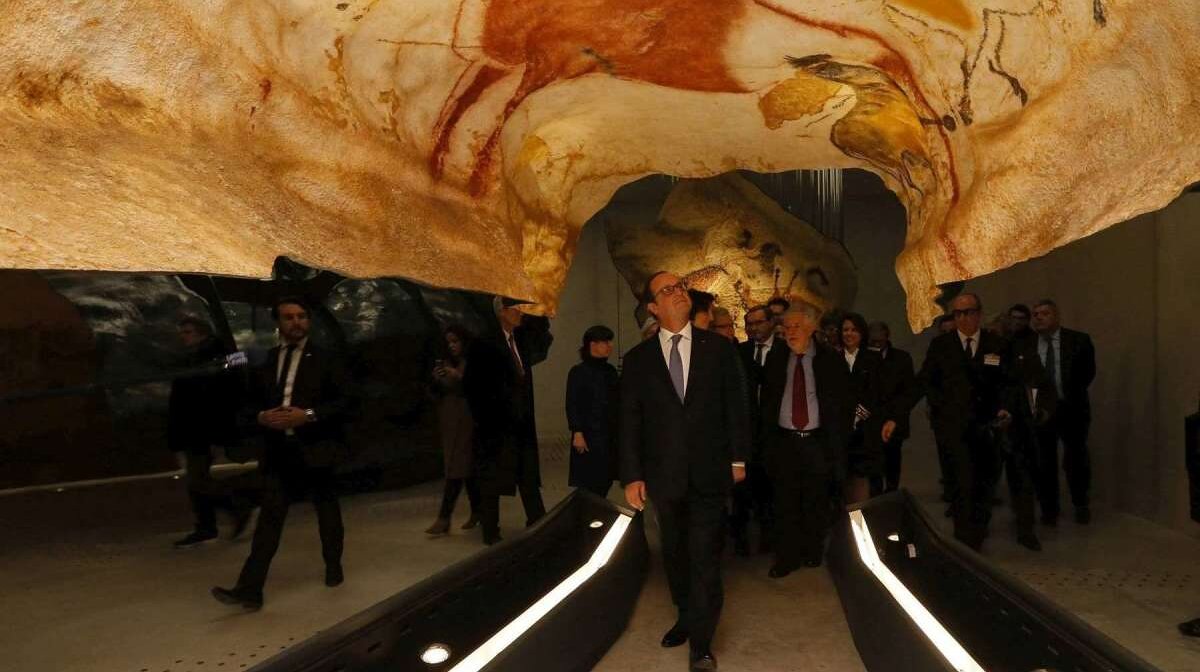 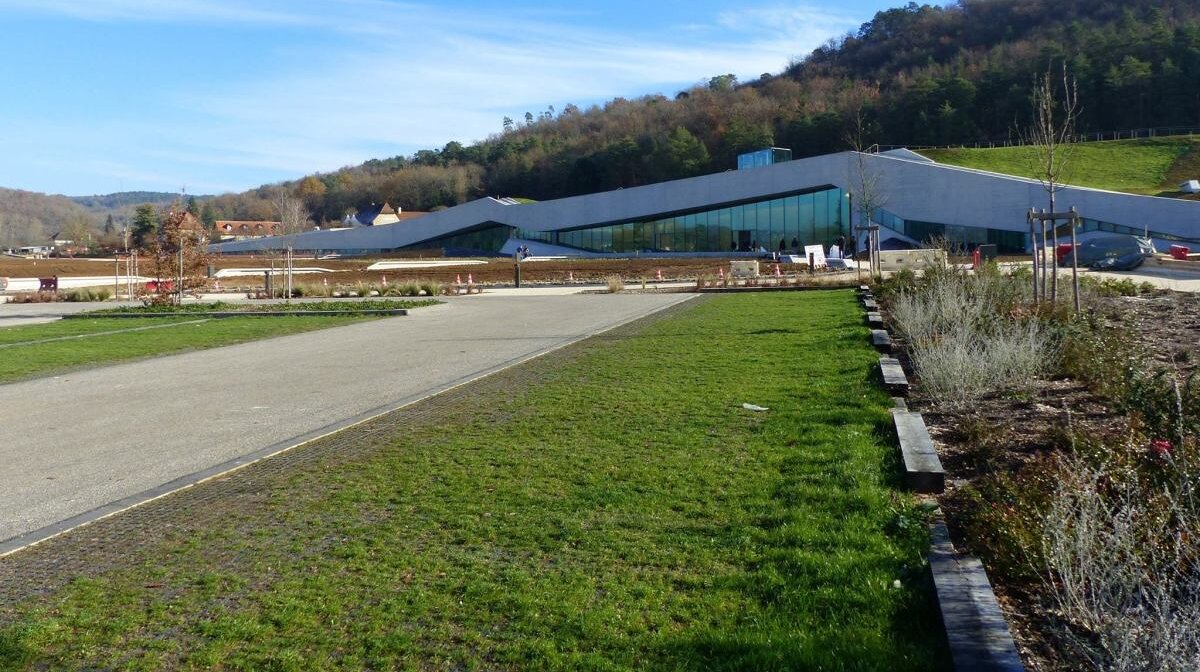 a look at how the cave replica was made

the exterior of lascaux 4

Just days ahead of the public unveiling, French President Francois Hollande was in Montignac on Saturday 10th December 2016 to officially inaugurate the new Lascaux 4 cave replica and exhibition.

The new replica, which cost €66 million, is housed in a new building at the foot of the hill in Montignac, in the Dordogne region near to where the original paintings are. The original cave that was discovered by four teenagers in 1940, has been closed to visitors since 1963 in order to try and preserve the paintings and the cave's fragile ecosystem. Lascaux 2 is an earlier copy of the site that was opened in 1983. Showing around 90% of the cave this site has attracted some hundreds of thousands of visitors a year, all keen to see first hand the incredible reproductions of prehistoric artwork.

Lascaux 3 was created as a travelling exhibition which shows merely the highlights from the original cave. Now, members of the public will be able to visit Lascaux 4 and enjoy a complete reproduction of the cave. One of the aims of the exhibition is to recreate the sensations experienced by the four teenage boys who found the cave on September 12, 1940.

“It’s the first time that we’ve reconstructed the entire Lascaux cave,” said Jean-Pierre Chadelle, an archaeologist working with the Dordogne regional authority. The new reproduction of the site took a team of 30 workers four years to complete.

The new facility, which will also house the International Centre for Cave Art, opens to the public on Thursday 15th December 2016, and is expected to attract 400,000 visitors annually.