Only having time for an afternoon in St Emilion I was pleased to discover the Train des Grandes Vignobles which could take me around the region...without me even having to take a step.

I checked the times at the ticket booth and booked my place in advance, allowing me a couple of hours to explore the town first. The train departure point is just outside the main entrance to the town, at the parking Villemaurine and is easy to find. The grass area opposite offered some much-needed respite from the hot sun as I waited for my allotted departure time.

The train started filling quickly with people of all ages and nationalities. I took a seat to one side ti get the best of the view and arranged the headset ready for the commentary. It is available in many different languages so you are sure to find one to suit. The tour began rather swiftly as we left the car park, with the first winery being just a few metres down the road. 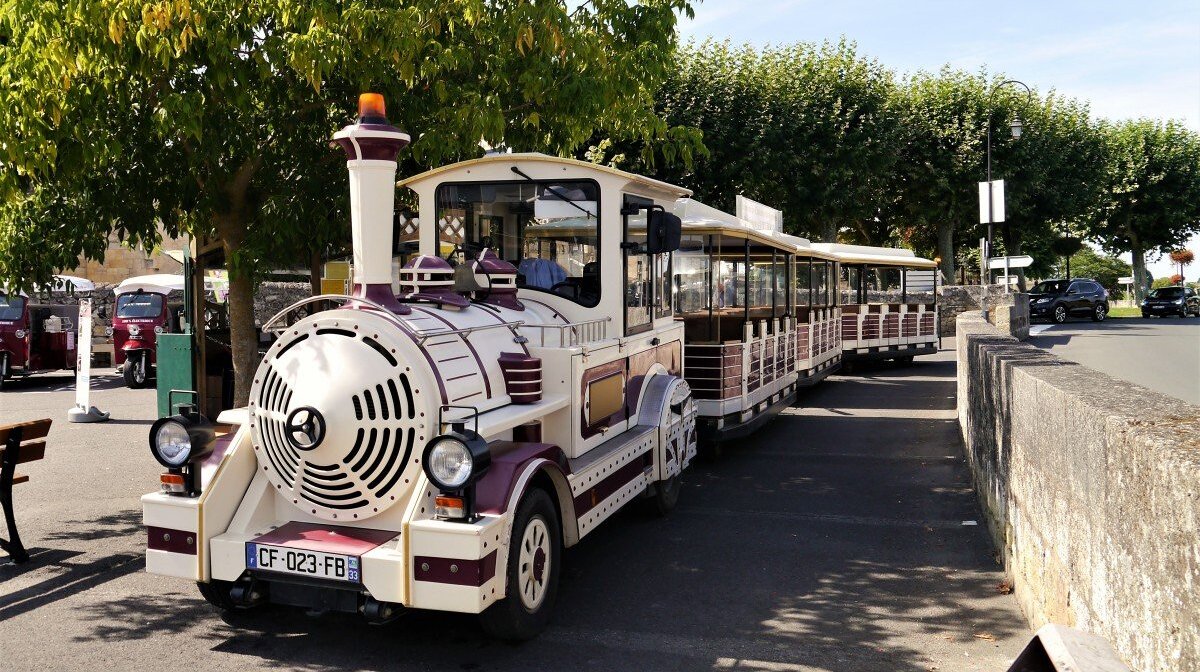 The commentary gives a good overall history of the region as well as offering up a few tidbits of interesting information about each individual winery. It is really lovely to be out in the surrounding area and to see the seemingly endless vines that cover the rolling hills. The area is surprisingly hilly and you are talked through the various 'terroir' and earth conditions that are affected by altitude and that, in turn, has an affect on the character and quality of the vines.

Around a third of the way through the tour the train stops on the crest of a hill at Chateau Rochebelle, owned and managed by the Faniest family since 1847. Originating from some point in the 1700's this small, 3 hectare vineyard is planted to 85% Merlot and 15% Cabernet Franc, with old vines that average 45 years of age. 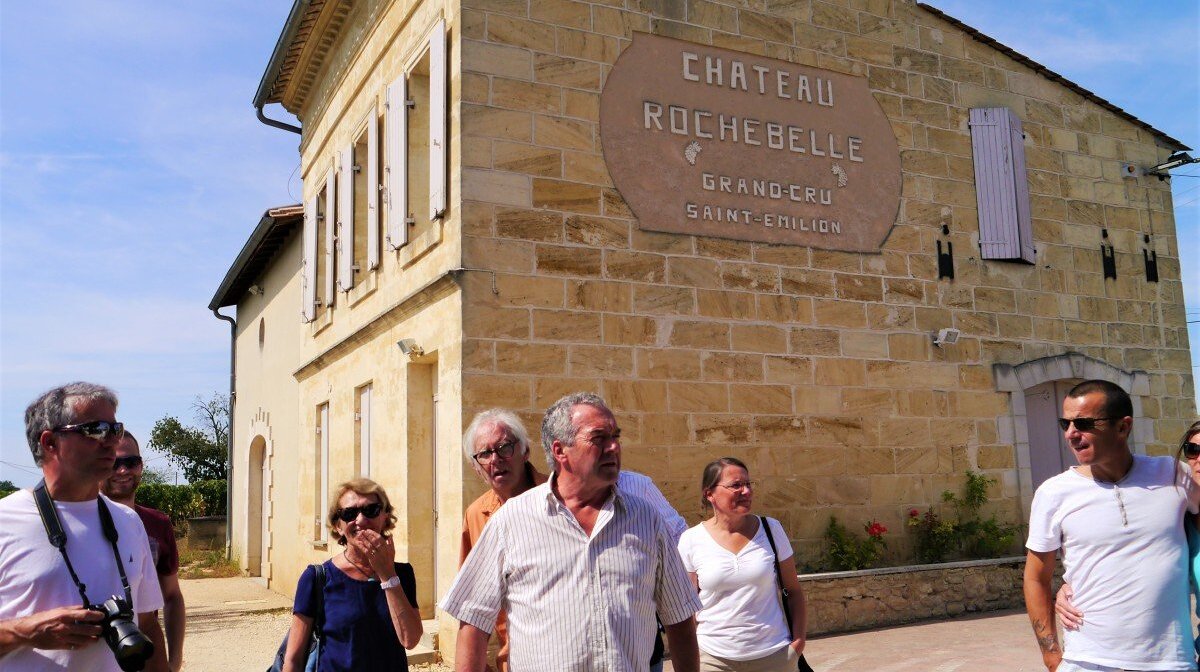 Welcomed by the guide, the group, which was a mix of French, English and a few other languages, made their way down to the cellars to begin the tour. We were told about the history of the chateau and of its winemaking and shown the barrels where the wine was aged. Luckily the tour was in both French and English, with the guide switching between the two with ease. 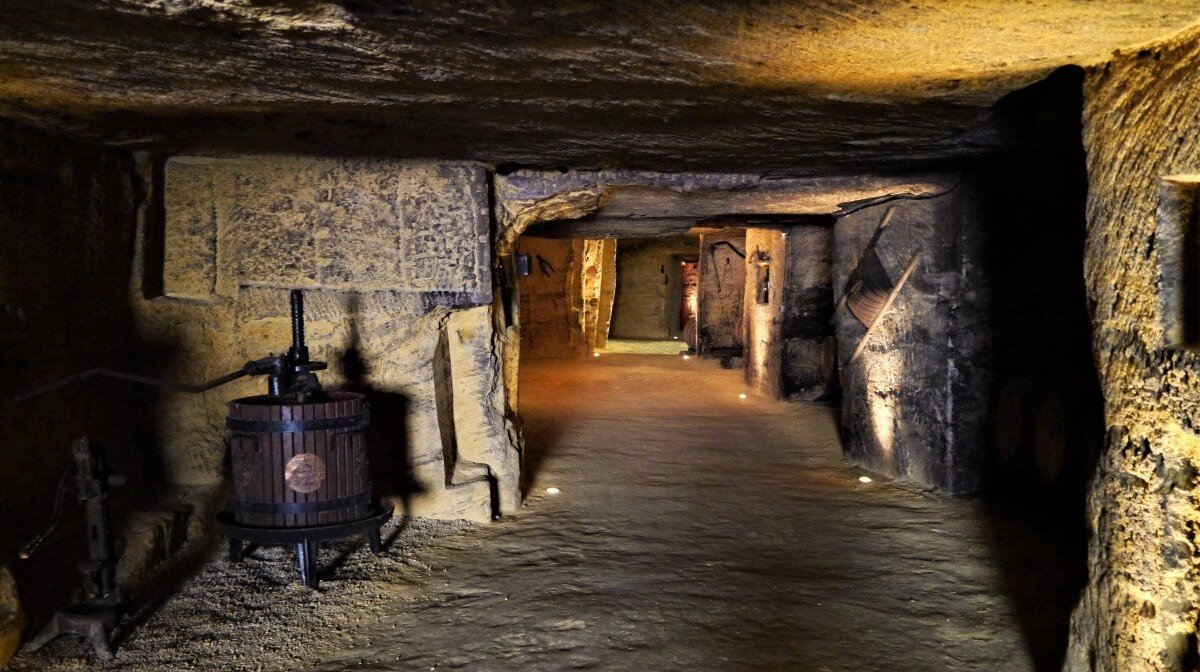 With this being a particularly small outfit by St Emilion standards it was interesting to see the time and effort that goes into every bottle, with many of their customers being high-class hotels and Michelin star restaurants. Despite this, the bottles seemed rather well priced and I couldn't resist buying a few...especially after the actual tasting! 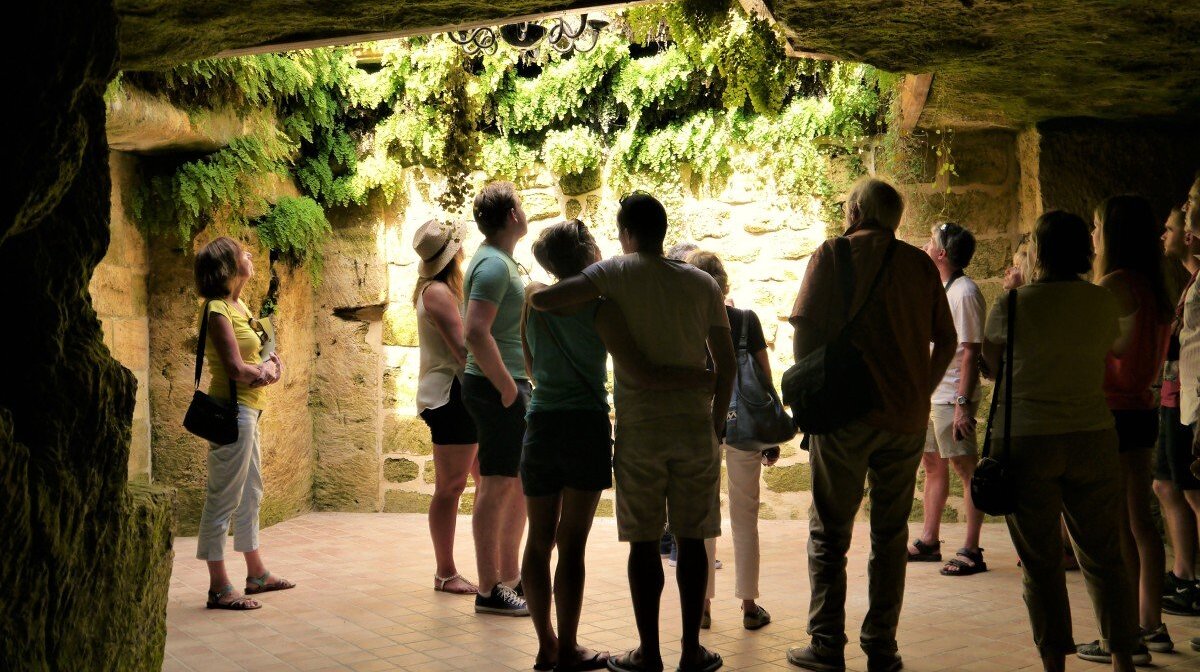 We only tried one particular red wine, but they took the time to talk us through how the wine should look, how to drink it and what else to think about - tannins, taste etc. It was all very informative and they never pressured any sales, although I did notice that most people left with at least one bottle in hand.

The train then returned for another loop of the tour and collected those of us who had chosen to stop off for the tasting. The remainder of the journey took us through more hilly, vine-covered countryside and past more wineries and estates including the rather well-known Chateau Troplong Mondot and Chateau Pavie wineries.

The tour ends as you pass by the ramparts to the north-west of the town and the rather bizarre Grandes Murailles, or Great Wall, which is all that remains of a 12th-century Dominican monastery. 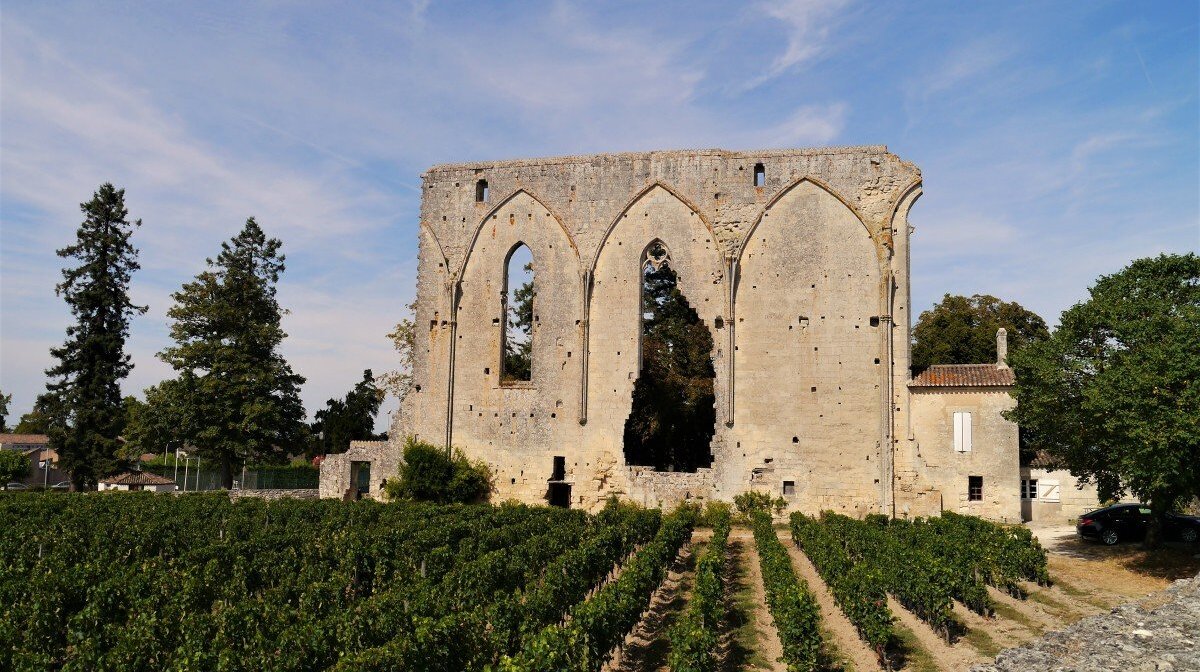 If you only have a limited amount of time in Saint Emilion or if you aren't perhaps overly fascinated by the whole 'wine' thing then the Train des Grands Vignobles is absolutely perfect. It also acts as a great way for you to orientate yourself with the area before planning other winery trips or tours, giving you a good basic knowledge. At €3 the wine-tasting is well worth the extra time and money to get a little more detail, and the chance to buy some good-quality wine at cheaper than shop prices.

Ad
Got a Dordogne Question?