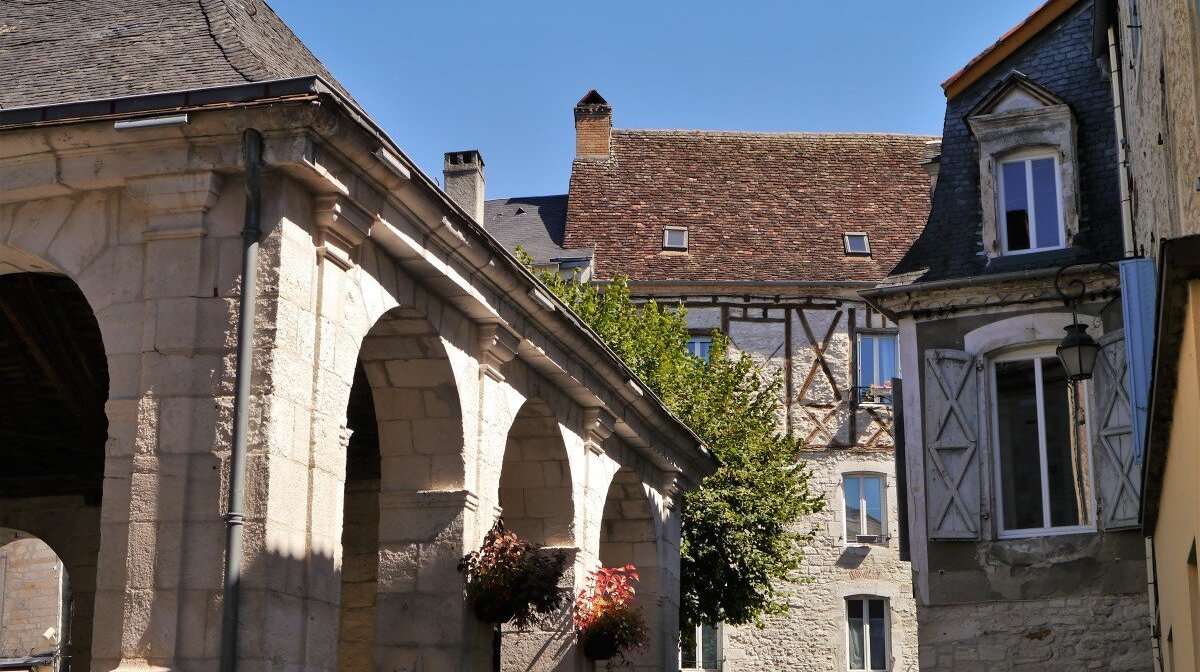 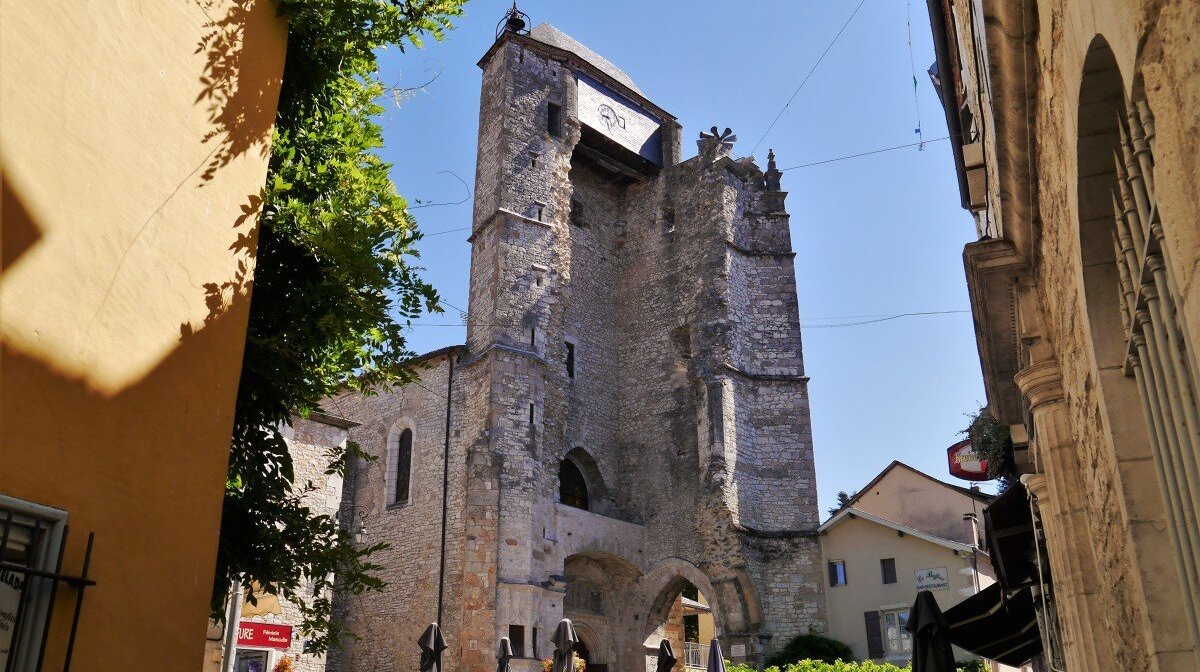 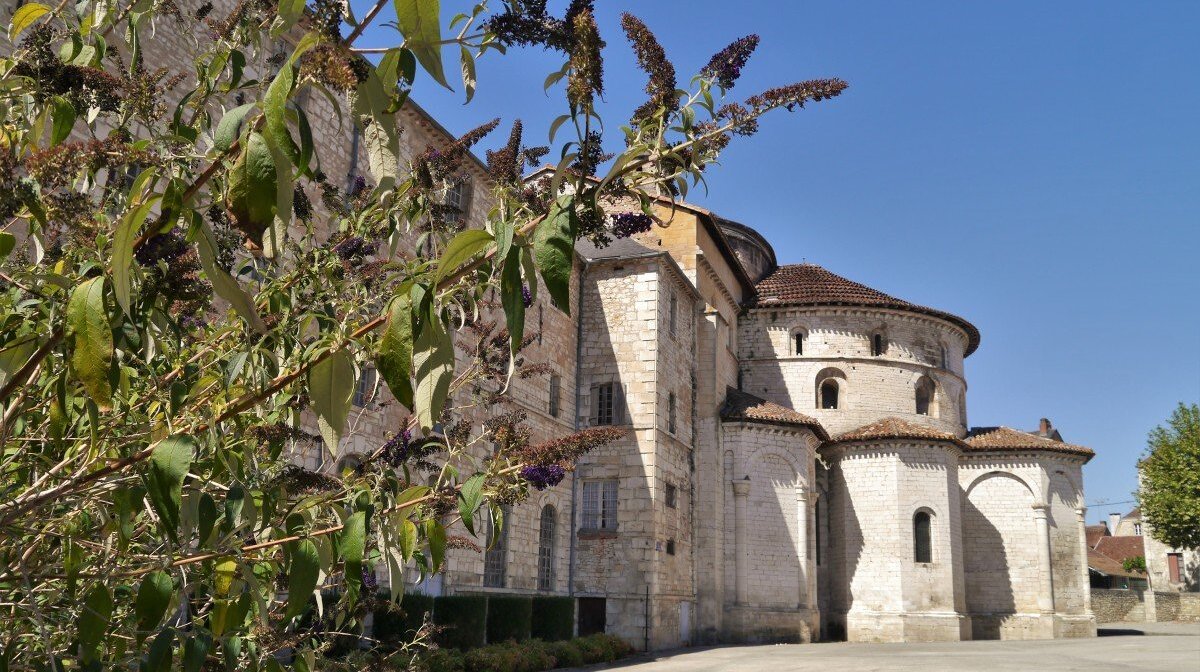 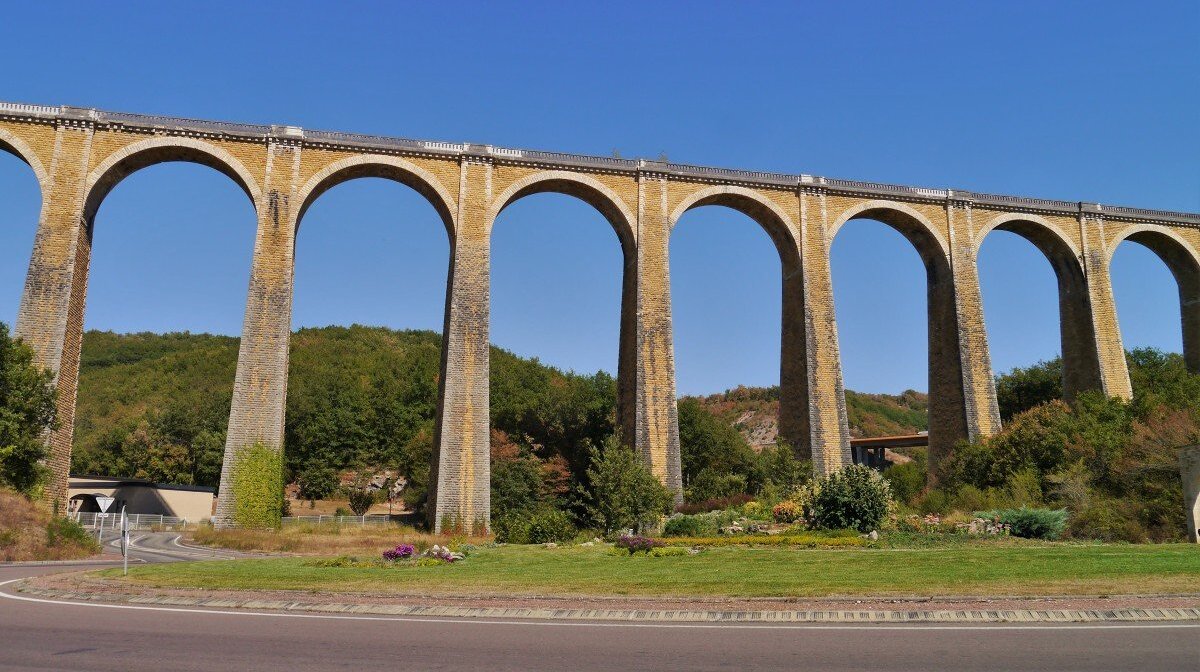 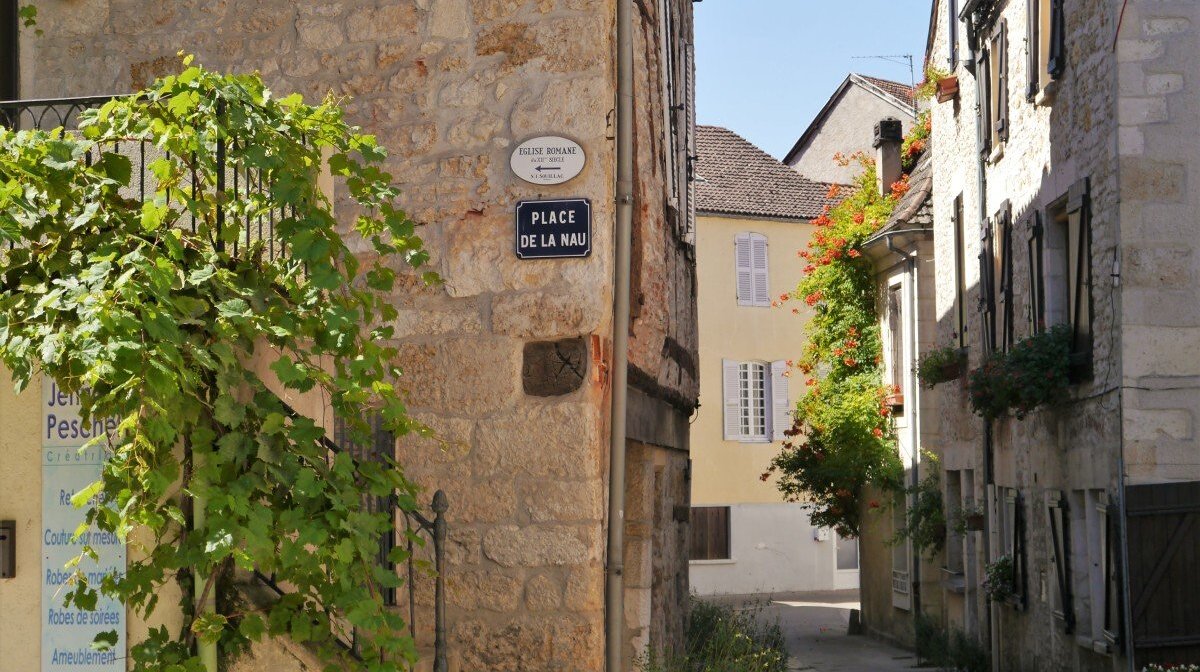 One of the viaducts outside Souillac

Narrows streets to explore in Souillac

A base for exploring the region, Souillac is a market town that has a long history, a medieval past and is filled with Romanesque-style sculptures.

The rich agricultural land surrounding the town is known for its walnuts, strawberries and rural living. As you enter the town it appears a fairly normal French town, not giving away any of its medieval charm and history until you enter the walled part of town and the narrow streets the lead from the Abbey Saint-Marie to the old Saint-Martin church and tourist office. The old Halle (market hall) is in the heart of the town and was built between 1832 and 1836. It is now listed as a national historical monument.

The town's main areas of interest are in the old town where you'll find the Sainte-Marie abbey and church dating to the 12th century. The narrow medieval streets offer plenty of shopping opportunities and cafes for a small snack or drink. Souillac is situated equidistant from Sarlat-la-Caneda and Rocamadour, making it a good base to explore some of the most popular and spectacular sights that the Dordogne has to offer.

The history of Souillac dates all the way back to 655 AD when a religious order was too up residency in the area. This was quickly wiped out by Barbarian invaders. Later, in the 10th-century, Benedictine monks founded the monastic community of Sainte-Marie, not far from the religious site of Rocamadour and on the Way of Saint-James. The abbey was built in 12th-century and added to the importance of the town.

Occupied by the English in the Hundred Years' War, and attacked by Protestants during the Wars of Religion, the town, the trade routes and the original Romanesque abbey were all but destroyed. After the peace was signed at the Treaties of Westphalia in 1648, Souillac underwent an era of prosperity.

Trade on the river Dordogne was particularly importance during this time, with large warehouses springing up in the town to support this. In 1812, Napoleon ordered the construction of a bridge in Souillac to let his armies cross the Dordogne on their way to Spain.

The main attraction in Souillac is without a doubt the Abbey Sainte-Marie that sits as an impressive structure in the heart of the town. This Byzantine and Romanesque style building in a large square, sitting adjacent to the narrow streets of the medieval old town.

A rather unusual offering in Souillac is the Musee d'Automate - a museum of automated toys and mechanical marionettes. The collection is the largest of its kind in Europe and will give you an insight into the history of the Christmas window displays you might see in the Galeries Lafayette or simial large department stores in London and Paris.

Souillac en Jazz - this international festival began in 1976 and has grown over the years to become one of the most popular jazz festivals in the region. It takes place annually in July.

Being a traditional market town, there is of course a weekly market. It is held each Friday morning around the Place de la Halle.

Things to Do in Souillac

Sitting near the banks of the Dordogne you can't help but be drawn to this beautiful river, for walking, cycling, canoeing and even some horse riding.

How to get to Souillac

Located en route to the Upper Dordogne Valley and Périgord Noir, Souillac is crossed by the Dordogne and Borrèze rivers.