The 2017 'Grand Départ' is already set to take place on Saturday 1st July in the German city of Dusseldorf, marking the fourth time that the iconic cycling race will begin in the neighbouring country.

Passing through the Dordogne, the Pyrenees, the Alps, Provence and touching on the Cote d'Azur, the 2017 Tour de France route will bring the drama that we have come to expect of this great international cycling race.

The 104th edition of the Tour de France will begin with a 13-kilometre individual time trial on the banks of the Rhine river, with the race leaving Dusseldorf for a loop of about fifty kilometres through the valley of Neandertal (Neander valley), famous for the discovery of the bones of the first specimen of Homo neanderthalensis in 1856, before heading Liege. Le Tour will pass through three different countries in the opening few days; Germany, Belgium and Luxemburg, before continuing to travel through France for the rest of the three-week race.

Stage 10 (11th July): Perigueux to Bergerac - a stage for the sprinters, 178km
Stage 11 (12th July): Eymet to Pau, 202km
Stage 12 (13th July): Pau to Peyragudes, 214km and the first Pyrenean stage. Five categorised climbs including the Col de Peyresourde where Chris Froome put in his stage-winning attack on the 2016 tour.
Stage 13 (14th July): Saint-Girons to Foix - at 100km this is the shortest stage in recent tour history, but includes three main climbs
Stage 14 (15th July): Blagnac to Rodez, 181km
Stage 15 (16th July 2017): Laissac-Severac L'Eglise to Le Puy-en-Valey, 189km taking in some of the route of the pilgrimage, the Santiago de Compostela

Stage 16 (18th July): Le Puy-en-Velay to Romans-sur-Isere, 165km
Stage 17 (19th July): La Mure to Serre-Chevalier, 183km that sees the iconic climb of the Col du Galibier (the highest point of the tour) as the penultimate ascent of the day. Also crossing the Col d’Ornon, the Col de la Croix de Fer and the Col du Télégraphe.
Stage 18 (20th July): Briancon to Izoard, 178km finishing on the magnificent Col d'Izoard for the first time since 1922 and is the last summit finish in the 2017 Tour. (This is also the Etape stage for 2017 - where amateur riders can tackle a stage of the Tour de France in advance of the professional riders arriving.)
Stage 19 (21st July): Embrun to Salon-de-Provence, 220km and a rolling stage that leads the riders out of the mountains and into the Provence region.
Stage 20 (22nd July: Marseille - European capital of sport. This will be the venue for an individual time trial, 23km.
Stage 21 (23rd July): Montgeron to Paris Champs Elysees - 105km, the final stage of the 2017 Tour de France

The course of the 2017 Tour de France will feature France's five mountain ranges, the Vosges, Jura, Pyrenees, Central Massif and the Alps. There will be five less categorised climbs than in previous years. The most difficult climb, the Grand Colombier has a gradient of 19% in some places and Tour favourites will go head-to-head on these steep gradients. Two time trials, two rest days and a lot of cycling later, the riders will arrive in Paris on Sunday 23rd July 2017, where we will find out who holds the infamous yellow jersey.

Got a Dordogne Question? Ask our local team for answers 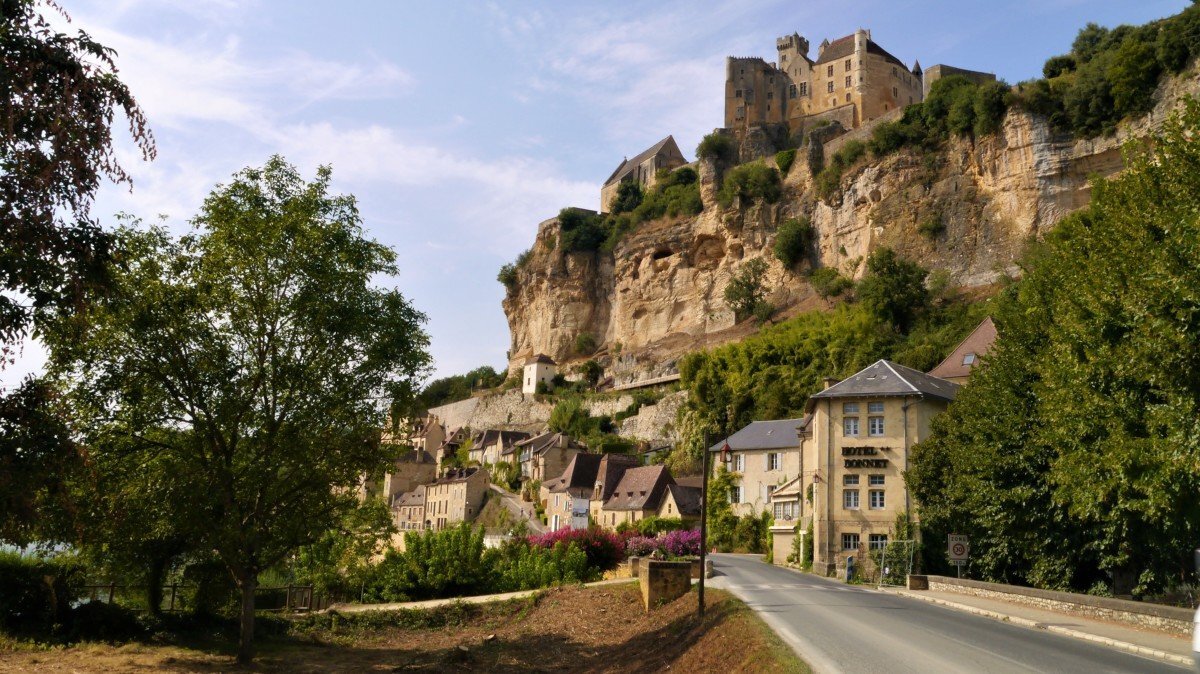